“The Motorcycle & The Molecule” …and Other Tales

Join us for an evening of storytelling with MindshareLA Founder Douglas Campbell. This special event will feature the story of how living in an off-the-grid wilderness community in Oregon unwittingly led to an journey of discovery through Central America. There will also be book reading from Dougie’s new book “The Motorcycle & The Molecule”, a tale in which Mayan rulers, janky motorcycles and mischievous beavers all make appearances.

ABOUT “THE MOTORCYCLE & THE MOLECULE”

Inspired by a solo adventure through Central America, “The Motorcycle & The Molecule” transports readers from the deep wilderness of Oregon to the Mayan ruins at Tikal. You’ll be crammed into the back of a spine-rattling pickup truck as it hurtles through the perilous jungles of Guatemala and sit on the rear seat of old, beat-up motorcycle as Dougie clings to the handlebars, swerving to avoid livestock on the winding coastal roads of Nicaragua. Along the way, readers will discover an array of unforgettable characters, unconventional communities and uncomfortable ceremonies, while leaving a trail of benevolent mischief sprinkled on their path. “The Motorcycle & The Molecule” delves deep into the human experience and our desire for connection, while both appreciating and cursing humanity’s perfect imperfections. 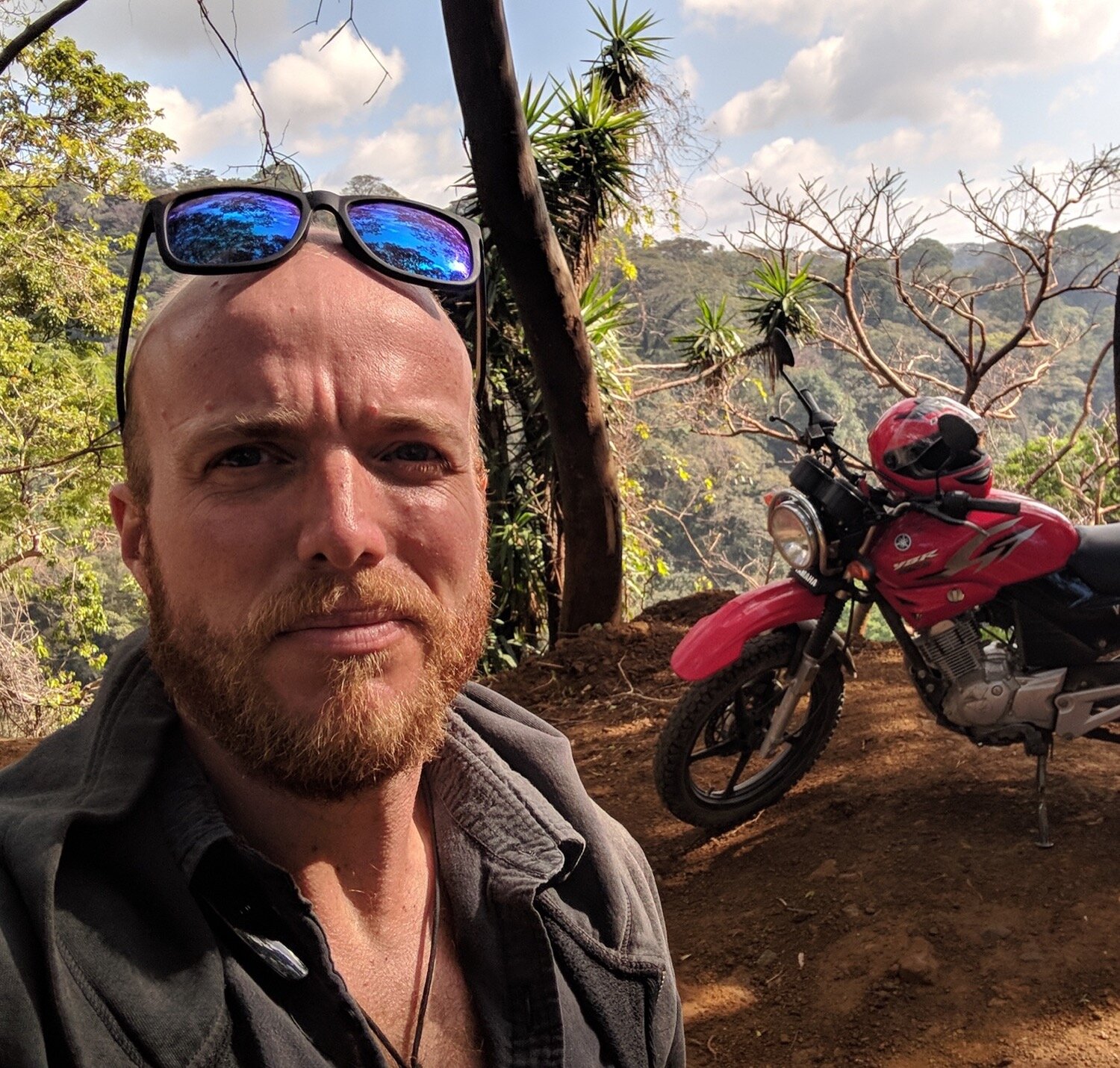 Douglas Campbell is an experience designer and community architect who founded MindshareLA in 2006 as a monthly Los Angeles event series which hosted almost 200 events over the following decade.

From the event’s early days he used technology to augment social interaction and eventually cofounded Syyn Labs, a spinoff creative collective which gained quick notoriety for “This Too Shall Pass” a music video collaboration with OK Go which has received almost 60 million views to date. Since then he helped launch multiple coworking spaces and more recently began restoring a large wilderness retreat and educational center in Southern Oregon.

When he’s not working on his off-the-grid cabin Dougie leads adventures in the vast forests behind the property and travels the west coast of the United States in his VW Vanagon. He enjoys exploring unconventional communities and permaculture projects, and is currently publishing a book about his experiences of traveling through Central America.

You can learn more about Douglas here….

Since 2006 MindshareLA has been a mecca for thousands of designers, technologists, media professionals, social entrepreneurs, venture capitalists and other forward-facing citizens to meet, broaden their perspectives and expand their circle of connections. The flagship events are centered around curated programs of short talks and feature lively musical acts and colorful performances. MindshareLA also hosts intimate soirées and themed dinner parties spanning diverse topics.

Sign up with your email address to receive news and updates.